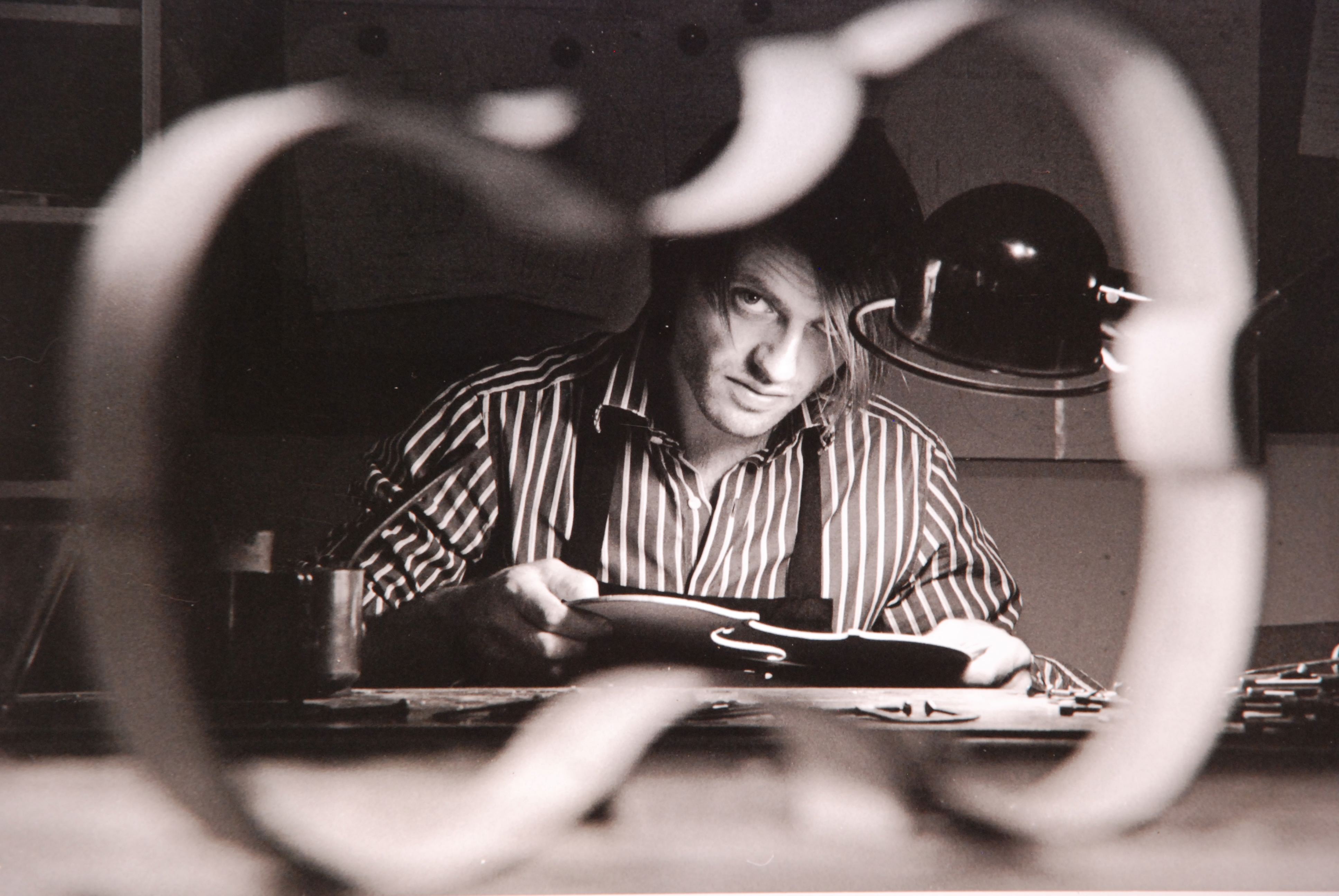 Mathias Menanteau was born on July 29th 1977 in Vendée, a region in the west of France. A deep passion for music and woodwork, as well as the study of classical guitar, soon brought him to take the career path of becoming a luthier.
After having studied literature and music, Mathias went to live in England, to learn the art of building and restoring quartet instruments at the world-famous Newark Violin Making School. In 1999, after three years, he was awarded the city and guild certificate, and received the school’s diploma from Charles Beare and Sir Yehudi Menuhin. That same year, he moved to Berlin, where he was employed at “Pilar Werkstatt” for 5 years, increasing his knowledge and skills in restoration techniques. He gained further experience during internships in Paris and New York. In 2004, Mathias decided that Italy was a “must”. He chose to move to Cremona, where he worked for a few months for the expert Eric Blot. This gave him the great opportunity to restore some of the most beautiful instruments in the world, including violins by Stradivarius and Guarnerius del Gesù.
On February 1st 2010, after 14 years of violin-making practice in different countries, Mathias opened his own workshop in the heart of Rome, on Via Cimarra, before moving to the historical street of Via di Santa Maria Maggiore, between Termini train station and the Coliseum. Today, he divides his time between construction, restoration, sound adjustment, and sales.

This site uses cookies. By continuing to browse the site, you are agreeing to our use of cookies.